Do Right,Heroes
By Prutha Soman 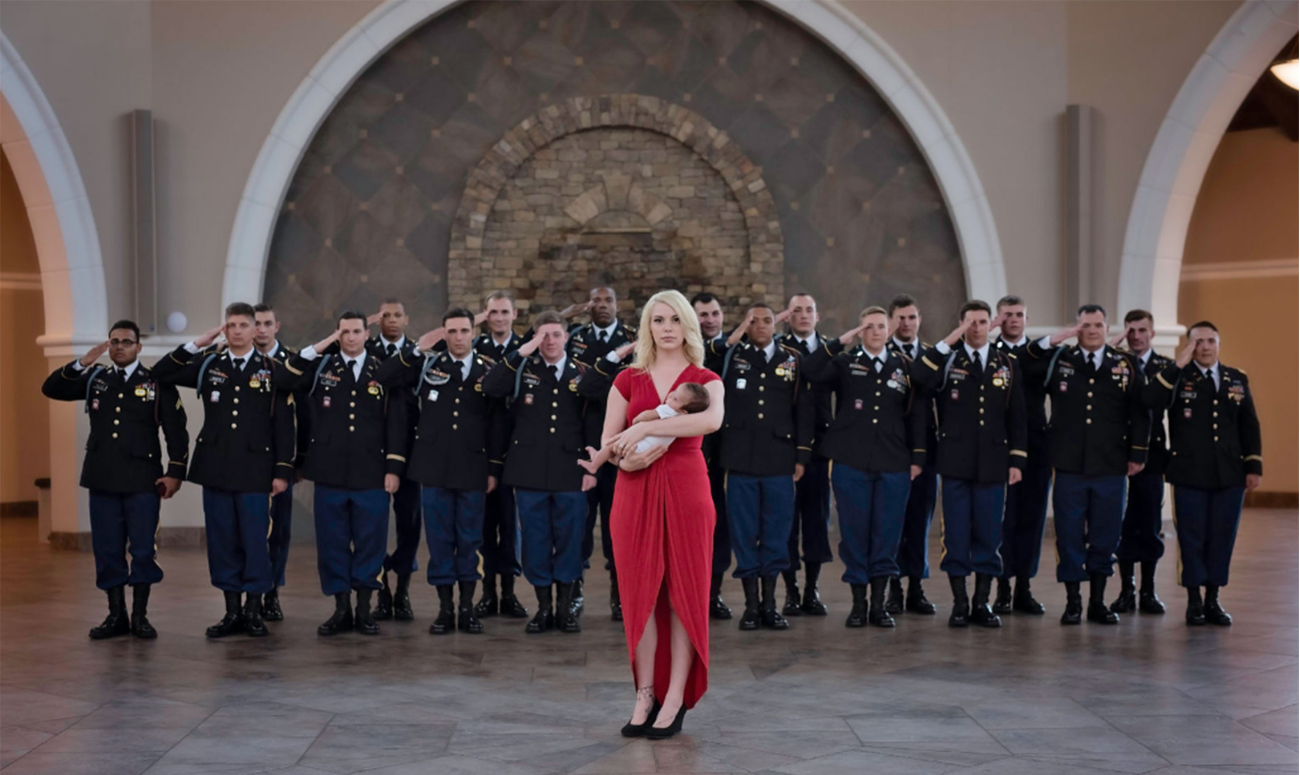 Army Specialist, Christopher Harris was a young man. He was in the valleys of Afghanistan when he received a call. His spouse, Brit Harris, joyously announced that she was expecting and that he would be a father. Christopher was over the moon.

But then, he died, on the battlefield, a martyr for his country, USA.

His unit decided on something unique.

They would see her through the pregnancy for the rest of the period and hold her hand through to motherhood. For their mate, Christopher. Take a look at this endearing video.

Brit went into labour and the unit did what it had to. They held the daughter when she came into the world. They held her out for Christopher to see from up there. They even helped Brit name her Chris. They were mates, friends, and colleagues. They had to look after his back, in all ways. They couldn’t do it on the battlefield. But later they could. They did.

This is the deepest kind of bonding among friends or colleagues. These kinds of bonds result when you learn to lay your lives for brothers. When you take bullets for each other, when you carry your injured friend through a minefield, when you lie flat and bullets whiz above your head centimetres away. This kind of bonding does have no parallel in the civilian world though it is known to happen. India has a mythological example in Krishna and Sudama. But, in the modern day and age, it rarely, if ever, occurs in civilian spaces.

But the armed forces have its own codes and dictums. And there is that unwritten rule.

Cover the backs of your mates in times of strife. There are many examples in Indian Armed Forces too. Especially among the sepoys and Havaldars who usually come from the same belt in every battalion. They do look after each other. They even take care of their war widows through a unique fund that the Armed Forces Wives Association sets up. This is apart from the pension and governmental support that the widow receives.

Read more: THE CONSTITUTION OF INDIA, A WORK OF ART

How To Help An Angry Child Calm Down?

What’s Inside Your Food?

7 Flowers To Put You In A Great Mood

The Origin Of Breakfast

Support The Artisans Who Are Losing Their Livelihood To COVID-19

6 Things To Increase Your Productivity When Working From Home

Meet The Ones Helping Those Hit Hardest By COVID-19

Healings From Sadhguru Amid COVID – 19

Meet The Ones Helping Those Hit Hardest By COVID-19

How Himalayan Haat Is Creating More Jobs For Women In Uttarakhand

The Sustainability Summit, 2020 To Be Held In March