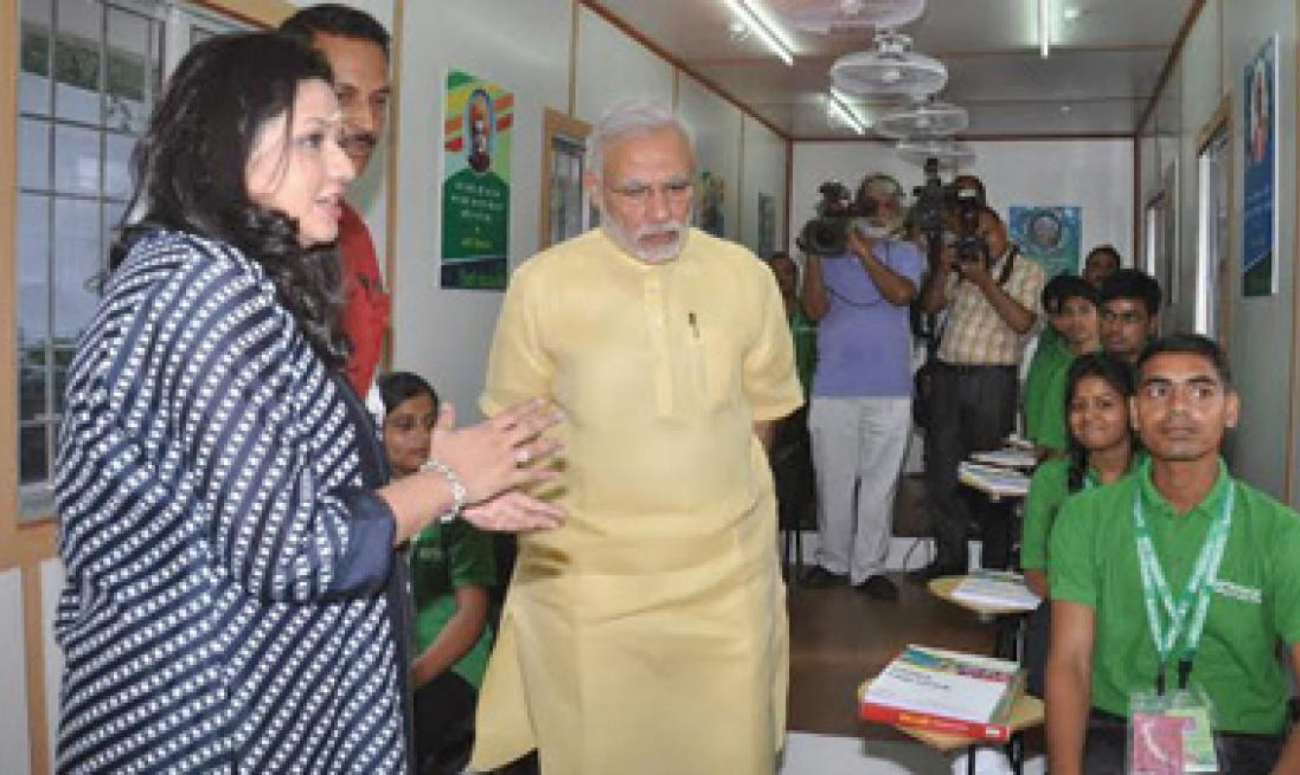 The government and some private companies are trying to provide education to under privileged kids in rural India. Safeducate, a training, skilling and consulting firm hit on the novel idea of transforming scrapped truck containers into fully functional, air conditioned and solar powered, portable class rooms.

The woman behind this out of the box initiative of turning containers into classrooms, is founder and CEO of Safeducate, Divya Jain. She credits her father-in-law, Pawan Jain, with the original idea. The scrapped containers are sourced from shipyards and built into classrooms, laboratories, libraries, restrooms or dormitories, depending on the requirement. The containers are equipped with solar panels, which are reusable. They can be disassembled and assembled depending on the need of the project and are easily portable to remote parts of the country. The containers are cheaper to build than constructing a separate space/building.

In an interview with India Today, Divya Jain explained the container school program hopes to reach the masses, where government reach is limited. She believes the innovative concept will reduce the cost and effort of developing infrastructure for skilling people. Divya feels skilling should not just be about making someone job-ready but should also lead to entrepreneurial initiatives.

The initiative has been applauded by the National Skill Development Corporation (NSDC) and the Ministry of Rural Development (MORD).  So far, over 20,000 students from Tier-3 cities of rural India have received successful training. Divya hopes the second phase of the Container School Program expands its geographical reach. She aims to educate 70,000 students.

Safeducate’s idea helps secure the lives of school dropouts and underprivileged youth. The program deserves even more success in the future.

5 Bad Habits And Practical Ways To Break Them