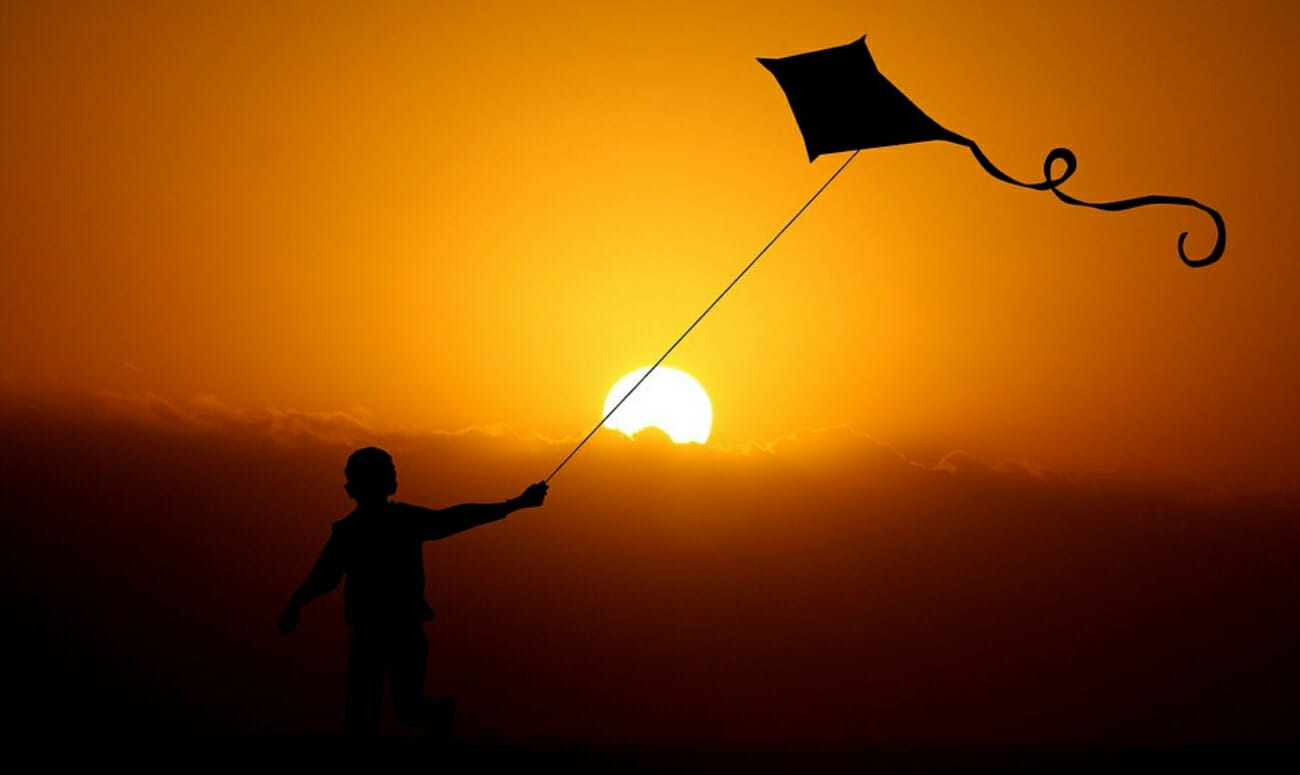 There is a small story about Kites we know. This old man used to do the Manja. The glass-wrapped thread that can cut other kites in the sky. Ride high, while the others fall off the sky as they get detached from their threads through the sharp cuts. Young boys during the Makar Sankranti season would run after him. And he was a very wanted man. The man could not eat with his own hands as he had his cuticles full of glass. So, this old woman, his wife, used to feed him. He was asked one day as to why he does this kind of work. He said, “You know, the Sun? I enable the kites these boys buy from me, to reach that Sun.” This is just another story in the annals of Kite flying in India.

A festival that signifies the advent of the harvesting period. And in a way is a homage to the Gods, between Makar Sankranti and Karak Sankranti.

A good six months of a unique sport that people of all ages enjoy, believe in, and have a good time for, even in this day and age. Kite flying in India has tradition, pomp, splendour, and family customs woven into the festival.

Kite flying in India: Where to go?

Though it is celebrated in many parts of India in various ways and kites being a good pastime in nearly all the states in India, it does come into its own in three states of India: Gujarat, Jaipur in Rajasthan, and Telangana. Here the fun is really something else.

How To Create Happy Family Memories In 5 Beautiful Ways

What is Night Eating Syndrome and How To Treat It?

Can The Summer Heat Affect Your Mood?

People and their teams assemble in chosen clothes. Earlier being very ethnic, but these days moving into team themed technicolour, on terraces, and open maidans. The thread reels are tried and tested. The kites come out. The balance of the kites is examined. And the games begin.

It is a sight. Loads of kites in the air and as the day moves to afternoon, the food adds to the pomp and show. A lot of animated conversations later, families retire as their kites drop out of the sky. Kite flying in India alludes to seasons too and is celebrated on different dates in the states. In Telangana, though it is centered around Makar Sankranti. But districts are known to celebrate later too.

Popularity in other countries

Other countries are also very active. In China, dragon-like kites are taken to the skies every April. And the whole country participates. In Japan, in the month of May, kites make it to the skies. And there is a tradition that spells that the Gods are kept happy by doing this. In Thailand, it has been the King’s sport and they fly them during the rains. Though, one wonders how does that successfully happen.

Everywhere, it is a homage to the Gods in one way or the other. But Kite flying in India has always been a genial sport, for all and sundry.

The cottage industry that it supports is also good for cottage units that sprout up around the sport. In homes, in small communes, people cutting bamboos, doing the paper works, applying the gum, doing the thread, it is an industry that wakes up every year from January to June. Kite flying in India even depicted in popular films has a sense of romance of the small-town India that few other sports have.

Running after kites have also created athletes in India. That says a lot about this sport, doesn’t it?

Also Read: WILL INDIA GIVE A GREEN SIGNAL FOR THE RIGHT TO DISCONNECT BILL?

How To Not Be A Serial Procrastinator

How To Power Through The Afternoon Slump

The Balancing Act: Being A Woman And Managing It All

How To Create Happy Family Memories In 5 Beautiful Ways